Enjoying Freedom – Thoughts on the 4th of July Weekend

A few thoughts about July 4th and the freedoms that Americans enjoy.

Here in the United States, its the fourth of July weekend, when we celebrate our independence as a nation. There’s a lot of good food, BBQs, excellent beers, and fun to be had, typically culminated by fireworks displays. There’s also a lot of flag displays, and a lot of faux patriotism that fills the air as well. You won’t find me waving any of the flags, or placing my hand over my heart and reciting the pledge of allegiance, or proclaiming America to be “the greatest nation on the planet.” That’s not me. I displayed my affection for this country by giving eight years of my life in military service, where I was not protected under the Constitution that I swore to protect. I agreed to be governed, instead, by the Uniform Code of Military Justice. And I have heard my fair share of criticism over the years for it.

At baseball games, I stand during the National Anthem, but with my hands behind my back. Many people take that as a political statement, and I have heard many times from people how “un-American” that is. My typical retort is to ask whether they gave any service to their country that they are claiming to love? Military service? Governmental service? When I do this, I am not trying to make my military service into the ultimate action of patriotism, just pointing out that if these folks love this country so much – why have they not given service to their country in some fashion?? Typically, when they hear that I served, I hear the one statement that never sits well with me:  “thank you for your service.” But that’s a post for another time…

It is July the fourth. It is a time to be thankful that the individuals that gathered together to form the basis of our government, had the foresight to realize that people needed to have the free choice to handle their lives. But that free choice needed to be made within the bounds of civilized laws for a society. For instance, one can follow the beliefs of their own choosing, but they cannot kill, hurt, maim, or terrorize another in the name of those beliefs. Even though, folks such as the followers of the late Fred Phelps have found ways to do just that within the bounds of the law through protesting high profile funerals of soldiers and victims of terroristic crimes. Regardless, each person is afforded rights under the laws of this nation that are equal. Or are they?

For the longest time, Americans could not marry whom they loved. Only hetero couples could do that legally. Its only been recently that this nation has realized that these folks have rights too. And even despite that, there are those that do not wish to accord those rights to these folks. In many ways, we like to crow about our freedoms here in the United States, and yet not stand up for those whose rights are not recognized in an equal manner for whatever reason.

But let’s not confuse what I am posting as an example of why I keep my hands behind my back during the National Anthem. Again, my desire to not place my hand over my heart and gaze loving at the American flag during the National Anthem, or my desire to not recite the Pledge of Allegiance whatsoever has nothing to do with politics. It has nothing to do with a statement of what I think is right or wrong with the United States. Its merely because I choose not to. I am not a fan of overt nationalism, nor am I believer in American exceptionalism. In my eyes, America is one of many “nations” that inhabit this planet. Some have resources and “wealth” simply because of where they happen to live or how their country is positioned within the global marketplace. For me, that’s just a matter of how things have managed to shake out. We, here in the United States, are no better than any other country on this planet. We are all citizens of this planet. What we do throughout the planet affects all of us. Especially now, with a conjoined global economy that rises and falls together.

I don’t show the over patriotism that many others do on this weekend, because I see us as part of a larger organism. We are all together on this planet…nations are, in my eyes, political, economic, and geographic manners of division. We are all on this planet together, and these divisions are sometimes far more harmful than they ever are helpful. Yes, I am thankful for this great experiment in societal governance that is the United States. I am even more hopeful that the rest of the world may one day see that these divisions are not necessary, that we all inhabit this planet together. But I doubt I will ever see that happen in this lifetime. But I am hopeful over the lifetimes to come.

I mean this in every gentle manner that I can — enjoy this holiday here in America for what it is: a celebration of what this great societal experiment offers to us here – our freedoms. And while you are splashing in your pool, as I will be doing in mine, and enjoying the marvelous foods that are prepared for consumption over this holiday weekend — remember, there are those that are not provided the same freedoms that you may have. Keep those people in your thoughts. And if they happen to live just down the street, invite them over. Show them that you respect their freedoms too. 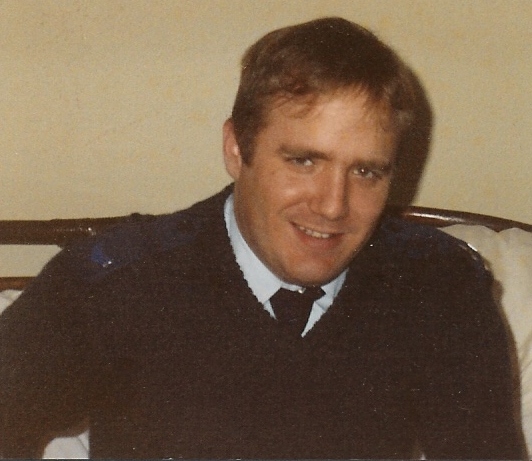