So another Earth Day has come and gone. A lot of friends asked me if I was doing anything special for today. “You know, ” the addendum to their statement would typically start, “Some kind of ritual, or a prayer to the Gods?” It can seriously be a royal pain in the backside to be the only Pagan in the group. Too many times, I drew a deep breath, counted to twelve, and made nearly the same reply every time.

Every day is Earth Day for me. I give thanks to the Gods each morning at sunrise for helping me see the connections with my environment, as well as my individual place within it all. The only ritual I need is to continue living life in a manner where I try to accord some bit of balance of my own. My silent prayer every night is that human beings could not only see the connections that they have with their environment, but also realize that they are doing damage to the very environment that they hope to sustain them into future generations.

I like the sentiment behind Earth Day. According to Wikipedia:

In 1969 at a UNESCO Conference in San Francisco, peace activist John McConnell proposed a day to honor the Earth and the concept of peace, to first be celebrated on March 21, 1970, the first day of spring in the northern hemisphere. This day of nature’s equipoise was later sanctioned in a Proclamation written by McConnell and signed by Secretary General U Thant at the United Nations. A month later a separate Earth Day was founded by United States Senator Gaylord Nelson as an environmental teach-in first held on April 22, 1970. Nelson was later awarded the Presidential Medal of Freedom Award in recognition of his work. While this April 22 Earth Day was focused on the United States, an organization launched by Denis Hayes, who was the original national coordinator in 1970, took it international in 1990 and organized events in 141 nations. Numerous communities celebrate Earth Week, an entire week of activities focused on environmental issues. ( http://en.wikipedia.org/wiki/Earth_Day )

And this typically works well, especially trying to get non-Pagans to understand that this is not necessarily a Pagan function. It fits in well with many of the ideals held by many Pagan belief systems, but its origins are not Pagan whatsoever. However, my approach to Earth Day is a little different. For me, Earth Day is a time to get outside, to set aside my electronic devices, turn off the television set, and step outside for a prolonged period of 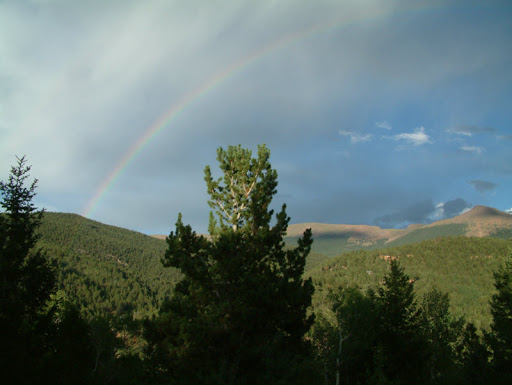 time. That is, provided I do not have other daily functions that keep from doing so – such as teaching class – which was the case today. And it was a shame, because it was a beautiful Spring Day here in north Texas. I only hope we have the same weather tomorrow – when I am not teaching class. Because I intend to be outside, and enjoying the outdoors as much as I can.

I do realize that there are many, many other essays and articles on Earth Day and what it is in relation to that author’s opinion. Please, seek those out and read what their perspective is. But once you are done with that…I implore you, get outside. Check out your local environment. Take your shoes and socks off.  Let your bare feet feel the new, growing grass, Let your toes wiggle in the earth’s surface dirt. be careful of brambles, rocks and sharp branches underfoot. Stop, shut up, and LISTEN. You will be surprised at what sounds you are missing with your earbuds in and your music cranked up to 11. For me, that’s what Earth Day is all about – experiencing the environment around.

One thought on “Earth Day – an Opinion”