Extremists. A simple descriptive that conjures all kinds of mental imagery for the reader. Buddhist monk Thich Quang Duc utilizing self-immolation as a means to garner attention to his cause within Vietnam in the early 1960s. The many acts of property vandalization and destruction carried out in the name of the Earth Liberation Front over the past few decades. The suicide bombers who have strapped explosives to their bodies and then walked into targeted areas and calmly detonated their payload in an effort to cause maximum property damage and loss of life. The nineteen individuals who hijacked aircraft on September 11th and crashed the four aircraft into various targets (with one supposedly being downed in a struggle with passengers and aircraft). The concept of extreme activity is not a very far reach for many to comprehend. Or is it?

Many of today’s modern extremists tend to fall under the guise of Muslim-oriented activity, which lends itself very easily to an “Us v. Them” mentality, that westerners are very well trained to pick up on – and run with it. Groups or people that are far more indicative of “everyday” western concepts and perceptions — such as Timothy McVeigh — are painted with a different broad brush, typically that of white supremacy or racism, even when it doesn’t apply very well. Recently, I have watched opponents of fracking and oil exploration in various locations painted with the same brush and colors that the ultra-violent members of E.L.F. have been colored and branded with. Words such as “war” and “battle” and “enemy of the state” have been bandied back and forth in various discussions on the subject, with opponents of fracking being branded further as “unpatriotic” where their opposition has been pulled into the spotlight.

The spattered droplets from this massive “throw the paint on” campaign has splattered such organizations, movements and belief systems as Native Americans, First Nations, and even the Pagan community. And rather than apologizing for the over-spray caused by reckless flinging of words – the mainstream folks of western society seem to regard the over-spray of their statements to be “ok”. Not because they think its an appropriate description, but more to the point that its ok if the “weird” people get lumped into all of this too.

The true reality is that very few of the people being painted with that broad-brush stroke are actually going to be “extremists” – in fact, it might be better to describe these people as average, everyday people. They have the same needs, desires, and dreams of a society that includes everyone that any of the so-called “normal” people do. They seemingly push the envelope a little further where personal expression is concerned in comparison to other people. The extremists are still the individuals that are willing to commit violent, indiscriminate acts against environment, property, and people – just to get their point recognized.

For the moment, let’s remember that these extremists make up a small percentage of the overall population. Anyone who has been to the Middle East can attest that there is not a terrorist carrying a shoulder-fired RPG and a vest of explosives to the bus station on the way to work. Utilizing either measure takes measured thought, and implicit intention — both of which fall outside the area of a position of an inclusive, societal mindset. But without relevant statistics to back up the point — after all, how do you count the number of extremists bent on violent, calculated, uncaring action? — let’s make an assumption that 10% of the total population have these extremist tendencies. I would believe that number to be a little on the high side, but relevant statistics are not readily available – so we have to make a few assumptions.

Are we really content in our lives to sit back and let one out of every ten people drive our entire societal paradigm? I do realize that making changes in one’s social understanding of this planet — for instance, understanding and properly reacting to Global Warming — is a slow one. Particularly when they nay-sayers are loud, obnoxious and very aggressive in the manner in which they present their arguments. I admit, I am turned off to a conversation when someone butts in with this mannerism. But that’s the whole point of their argument isn’t it?  To make people shut up and go away. Not to debate the proper aspects of Science. Just to make you shut up. And whoever shouts the loudest wins the argument in that approach. 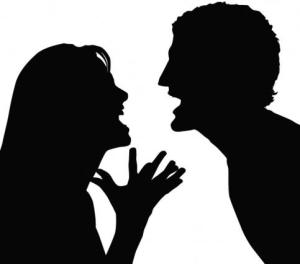 Unless you try another approach. I have had many coffee shop discussions get hijacked from an individual wanting to shout down a discussion merely because we were not taking that person’s unspoken opinion seriously — even when they were never invited into the conversation in the first place. The easiest methodology to work from, is to accept the common ground theory – and argue at the same fervor, depth, pitch, volume with the interloper (or sometimes someone who was brought into the conversation purposefully). But this sets you on the same footing with these folks. In a manner of speaking, an argument with a Tea Party member would mean that I needed to come to their level of argument, and then escalate a bit more for the winning effect. Let’s say, I decide to fire an RPG into their local headquarters as a means of bringing my point about. I have now approached and stepped waaaay across the line towards the level of being an extremist. A more appropriate method – I have found – is to close your mouth, let these folks have their extremely loud, opinionated say – and when they run out of steam, step right back into your point from where you got interrupted. And if you happen to be a bit steamy in your points (I have a temper too, people) – just look at your watch or phone, proclaim it to be a late point in your day, and excuse yourself from the table. Its far better, in my opinion, to step away from the discussion when it starts to leave the arena of discussion – then to stay and participate in the escalation towards an argument or a senseless debate.

Sometimes, people will feel the need to be somewhat extreme in their response to something. For instance, many fracking opponents have taken to chaining themselves to equipment to stop its usage, or blockading roads to sites so that men and equipment cannot get through. In my opinion, these measures are good – be prepared to step in and take the place of someone that is protesting and gets arrested. Be prepared to be arrested yourself. Don’t resist, be non-violent. Don’t look to destroy property to make your point, because it doesn’t. It only bolsters your opposition to mark your protest as being something extreme.

Now, most of this (I would argue all of it) is my opinion. I am a non-violent person. Don’t get me wrong, I’ll crack you between the eyes and cave in your testicles with my steel-toe combat boots if you attack me. But I am not going to be the instigator. I am a firm believer that talking and discussing makes more progress on an issue than torching Sport Utility Vehicles or buildings. I also hold a belief that extremist actions do nothing but steel your opponent in a manner that is not easily undone. Express your voice – but be responsible with how you do it…the future of this planet could well depend on it. The manner in which future generations bring their voices into the mix will very much depend on it as well.

Sometimes I wish to God I didn’t know now

–“Something to Believe In’ by Poison