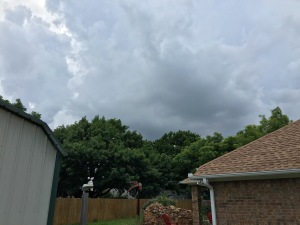 Many, many bloggers and friends have mentioned it. There’s a storm brewing on the edges of our world. Honestly, it does not take a rocket scientist or a social genius to figure it out. Take a peek at Facebook – not that the social media giant is any primary indicator of what is truly going in the world – but it is a barometer of sorts. But it is not the only marker that bears the changing pace of the winds. Just spend a half hour watching or reading the news. That’s about all the time I can handle in such a pursuit.

Our modern society, particularly the western society, is reaching a point where we are going to have to make some decisions as to what kind of people we want to be. Problems with who uses what bathroom. Presidential candidates that are so flawed, that many voters are unsure of which one to place their trust into. Violence all across the globe. An environment that needs some assistance against harmful practices such as hydraulic fracturing, strip mining for certain metals, trash and waste that are piled up in certain corners or thrown into the oceans, chemical engineering of foods in manners that have the potential to be unsafe, the lack of respect for life (human, animal, otherwise)….it is enough for this single Pagan to turn his head away, close his eyes, and stick his fingers in his ears in the hopes that it all goes away.

But it is not going to go away. Not unless we, as a collective society, start to change our mindset. Yeah. That is one monumental task. And I am no fool. There is no way in the Nine Hells that I would be able to effect that kind of change. At least not by myself. This is where aligning yourself with like-minded peoples comes into play. And brings me to the point of why I am writing this blog post. We have to work towards making that mindset change. We have to align the way we live, with the way we think. And that is something that is not going to change overnight. Not in ourselves as individuals. Not in ourselves as a society. Not in ourselves as a species living on this planet.

My town recycles only one thing:  cardboard and other paper products. We have two eighteen-wheeler trailers set out by the Post Office, where we can bring our paper products – separated by two types:  one for corrugated cardboard; the other for everything else. We do not recycle aluminum, metal, glass or plastic. When I lived down in Denton – part of the ever-growing Dallas-Fort Worth metro-mess, I had a wheeled container where I could put recycled materials into. I then wheeled it out to the curb, along with my trash and waste, once a week. Up here, in a much smaller community, that type of recycling effort is too expensive to handle. Cost prohibitive. I can understand that. The average wage of folks living up here is far lower than the folks living nearly a full county away, in a larger metroplex environment, where wages are higher – as is the cost of living. So, I have to make the effort to recycle glass, plastic, and metal on my own. I have to gather the materials collectively, and deliver them to three different recycling centers (one for each type of material) – all on my own. Quite a time consuming, and somewhat costly effort on my own. In my opinion, well worth my effort, time, and cost.

In reality, it is just a drop in a vast ocean. All I can hope is that my effort gets noticed by others, and inspires them to do the same. In the meantime, I continue to lobby my local city council on the need to do a full recycling effort. I offered several solutions, including taking the opportunity to band together with some of the smaller communities around ours in order to alleviate some of the cost. And to spread some of the effort around a larger area. But i live in a fairly Religious-Conservative part of the country. Efforts like this are likened to the “myth of global warming, as perpetuated by ‘criminals’ such as Al Gore.” I do not share that sentiment though. Climate change is real, and our modern society has contributed to the quickening of its pace. No matter the push-back I get, or the ridicule, I will continue my own efforts, and continue to suggest efforts to my local city council.

The first few months I lived here, I just accepted that there was nothing I could do. I am just one person. What difference can I make? One day, I was listening to a pair of my fellow podcasters, Mojo and Sparrow of The Wigglian Way, and I listened to Sparrow talking about her efforts to protest drilling efforts by Kinder Morgan on Burnaby Mountain. Here was someone that was doing something, even though she was a single individual. She linked into the protest movement there, and one individual become several individuals. And several individuals soon effected change. Several individuals became many individuals. Many individuals become a voice. and a voice begins to have power. And that power makes the changes happen.

Sparrow is not the only individual that is out there moving forward to help effect changes in the community. And honestly, there are people diametrically opposed to your point of view that are working just as hard to effect their idea of change on you. Doing nothing, eases their path to making their changes into reality. Even when that reality oppresses you. Even when it harms the environment around all of us. All in the name of corporate greed and profit. Personally, I want things to be difficult for someone trying to change rules, laws and society in ways that will negatively impact me, my family, my friends, or the environment.

John Beckett is correct:  the Gods are warning us of the changing winds. There is a storm brewing. It is time to roll up the sleeves on our robes, and get our hands dirty. We need to start effecting change…we need to help change the mindset. We need to find peace and calm in our world. It will be hard work, it will be difficult. We all have roles to play. We all have talents that can be used in different ways. And personally, I think the Pagan community needs to be at the vanguard to bringing our modern society into the future…aligned with our environment, and understanding our connections to everything.

One thought on “Rolling Up Our Sleeves”