Today is the designated celebration for the life of Martin Luther King Jr., here in the United States. And while I do find what he did in his lifetime to be not only inspirational, but also historical significance – this small paragraph will be all that you will find me writing on the individual. Its not that I find his lessons to be of no value, or that I object to his race – both could be further from the truth of what I value about his contributions to societal change here in the United States. There are, however, far better tributes to the man, his teachings, and his contributions to change in a tumultuous social environment. Beyond what I have written here, my viewpoint would not be able to do the legacy of his dream any form of justice. Onwards….

Last night, I happened to catch Matrix: Reloaded on the television. The scene was where Neo meets with the Oracle on the bench in the area between two buildings. The conversation lingers over the entire underlying theme of the movie – Causality versus Choice. When she offers Neo some candy, he laments that she already knows whether he will accept the piece of candy or not. She replies that she would not be much of an Oracle if she didn’t know. Then Neo opines with:

Neo: But if you already know, how can I make a choice?

The Oracle: Because you didn’t come here to make the choice, you’ve already made it. You’re here to try to understand ‘why’ you made it. I thought you’d have figured that out by now.

As with all three of the movies, the message is neatly folded in under some very interesting and hardcore action sequences. The first few times I watched the movies, I was so focused on the violence and fighting sequences, that the dialogue slid right on by. Then one day, while working at Intuit (yes, I did answer tax calls for a single tax season) a group of us were discussing the movie. I had managed to comprehend how the characters within the Matrix were bending the rules of reality as hackers tend to exploit shoddy programming to make applications dance to their whim. But then the conversation turned to the intricacies of the dialogue, I found myself lost in the conversation. I had never contemplated that the real meat of the story would be in the dialogue between the characters. Over the next two years (2005 and 2006), I began to dig deeper into the dialogue and started to see the philosophical argument underneath. The Hero had to first believe in his abilities…to understand that accepting his position as Hero meant to see life in a different way. Neo does this, when he begins to see the Matrix in terms of the binary programming language that permeates the Matrix environment. From there, he has many more tasks set on his Path, where he meets philosophical challenges, such as Causality versus Choice.

So let’s take a quick peek at that point. To place this into more simplistic terms, it is the difference between Cause/Effect and Choice. Is the world around us constructed primarily of a series of events determined by Cause and Effect? In essence, everything we do becomes a pattern of actions met with reactions, which in turn are met with further reactions – ad infinitum. Or do we have the capacity of Individual Choice? Where we can actually make a choice of how we go about our daily lives. Choosing what we can and will do or not do. Later in the movie, the character of the Merovingian, the information dealer takes up the perspective:

The Merovingian: No. Wrong. Choice is an illusion, created between those with power and those without. Look there, at that woman. My God, just look at her. Affecting everyone around her; so obvious, so bourgeois, so boring. But wait. Watch, you see, I have sent her a dessert…a very special dessert. I wrote it myself. It starts so simply; each line of the program creating a new effect, just like…poetry. First, a rush. Heat. Her heart flutters. You can see it, Neo, yes? She does not understand, why? Is it the wine? No…what is it, then, what is the reason? But soon it does not matter. Soon the why and the reason are gone, and all that matters is the feeling itself. And this is the nature of the universe; we struggle against it, we fight to deny it, but it is of course pretend, it is a lie. Beneath our poised appearance, the truth is we are completely out of control. Causality. There is no escaping it. We are forever slaves to it. Our only hope, our only peace is to understand it, to understand the why. Why is what separates us from them, you from me. Why is the only real source of power, without it you are powerless.

As he succinctly puts this message, there is the inescapable point of cause and effect…action and reaction. It exists, even in a world made of independent Choice. We make choices all the time, with no regard (at times) for its effect elsewhere. I have talked a bit about connectivity in the past few posts, as I have managed to understand from Emma Restall Orr‘s book “The Wakeful World“. The choices and actions we take in this world, reverberate all around us. 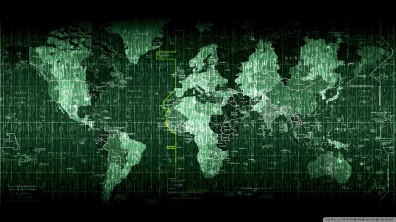 We elect politicians to positions of governmental power – enabling them to make choices of regulation, control, and policy action on our behalf. For the most part, Americans (I cannot speak of the countries I do not live in) vote in politicians based on which political ideology they claim to follow. In essence, we align ourselves according to what is essentially a set of vague and empty promises, in the hopes that these enabled procurators will follow our wishes as a general rule of thumb. Many of them, however, look to the large companies that prowl the hallways of Congress, seeking votes for legislation that allow them to put into motion business practices that are harmful to our environment – all in the short-sighted view of monetary gain. In the meantime, practices such as kerogen oil extraction and hydraulic fracturing cause environmental damage that will potentially be generations in the process of repair and rehabilitation. In some instances, the damage caused is unknown at this moment – a reaction to the actions of the businesses, who were enabled by the politicians that we chose to represent us in our government – choices made by a reaction to a supposed standing of an individual because of which label they had decided to choose when running for that representative office.

We all make choices. Those choices kick of actions, which are echoed by reactions. Much like the pebble dropped into a pool of water, our choices are actions that create reactions. The consequences may not be known initially, but it certainly does begin to beg the question of when we will claim the responsibility of what we have done. Our history, the history of mankind, is littered with examples of choices that spawned action and reaction that had lasting consequences. The two World Wars, the Bopal disaster, the current issues from the Fukushima disaster….each becomes a series of actions and reactions related to a set of choices that were made.  Some may have been well-intentioned, others may have been intentional in relation to the action/reaction chain of events that occurred in its wake.  Yes, we all make choices. Sometimes those choices are influenced by a reaction to a choice made by another. That politician decided to run as a Republican. You hate Republicans. You automatically paint that individual with a broad-brush declaring that individual is influenced solely by white, corporate America. How can one be completely sure that this broad-brush painting of the individual based on a set of empty promises brandished by a political party are reflective of this person’s own convictions?

Cause and Effect or Independent Choice? I argue with my students every semester about whether the proposition of Artificial Intelligence can ever be achieved. They point out that there are scientists continually working on the construct of this theory that are held back by governments and militaries – essentially keeping their findings as “secret” for the purposes of national security. My approach is that to get a machine to actually think – you need to provide it with choice. Currently, machines can make choices based on difference engines, where a determination of success rate is quickly calculated, and the machine’s choice is to adopt the solution with the higher success rate. But real choice isn’t based on a Difference Engine. Real choice comes from the ability to violate the programming, no matter how illogical or unsound the choice is. The ability to ignore the success rate and choose a lower success rate instead. Or to choose not to make a choice from the offered set of solutions. This does begin to beg a deeper question – can we, as humans violate our programming? Or are we looked into a pre-determined set of choices based on our experiences? When we violate the programming and choose another way of solving the problem – are we truly violating our programming??